Barcelona has banned smoking on all of its beaches in a bid to protect the environment.

The law was put in place to allow beachgoers to enjoy a clean, unpolluted space, free of smoke and cigarette butts. 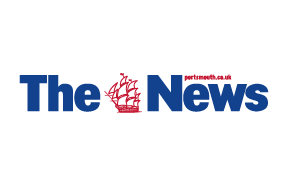 Holidaymakers can now be fined for smoking on beaches in Barcelona. Picture: JOSEP LAGO/AFP via Getty Images.

Tourists who light up on any of the beaches in the city will be issued a 30 euro (£25 fine).

The move follows a successful trial last year which helped to massively reduce the rubbish caused by smokers, including leaving cigarette butts on the beach.

Barcelona the first major city in Spain to ban smoking on beaches.

Majorcan beaches Santa Ponsa, La Romana (Paguera) and Carregador (Palmanova) are among those included in the new legislation.

Anyone caught smoking can be charged up to £1,700.

The rules have come into power after a law was passed in Spain last year which gave local municipalities the power to issue fines to smokers.

Tourists also face other laws in the Mediterranean country.

At all Spanish beach showers, it is illegal to wash with soap and shampoo because the products are harmful to marine life.

People can be fined up to £620 if they are caught breaking this law.

Holidaymakers who go nude on a non-nudist beach could also be issued with a £620 fine.

Eleven seaside restaurants on the island of Mallorca have banned tourists from wearing clothing associated with ‘drunken tourism’.

Most of these premises are in the Playa de Palma.

Shirtless, costumed or football-jersey-clad holidaymakers will no longer be allowed entry, according to Juan Miguel Ferrer, the chief executive of Palma Beach.

Swimwear, trunks and novelty accessories bought from roadside vendors are also said to be banned.

Many parts of Spain have also clamped down on people being inappropriately dressed on public streets, with authorities dishing out fines for men walking around with no shirts on, or women only wearing bikinis or swimwear on the seafront promenade or the adjacent streets, according to travel advice issued by the UK government.

In Barcelona, people can only wear bikinis on the beach and those caught wearing one in the town centre could face a fine of up to £260.

Bikinis are also restricted to beaches in Majorca, with fines of up to £500 for those who flout the rules.

The rules also apply to shirtless men in both areas.

City leaders in Vigo, a city in the Galician region of north-west Spain, have ruled also that urinating ‘in the sea or on the beach’ is now a punishable offence.

The city council has branded public urination a ‘minor infraction’ and ‘an infringement of hygiene and sanitary regulations’.

Under the new rules, anyone who is caught relieving themselves could be hit with a fine up to £640 (€750).

To combat the habit, the council said it plans to install public toilets on beaches during the peak season.

Officials are also said to be considering sanctions for other unlawful habits.

These include using soap in the sea, leaving rubbish on the sand, or taking barbecues or gas cylinders to the beach.

With warm golden sand oozing between my toes I embrace the cooling sea breeze and gaze over the shimmering turquoise Aegean, the island of Kalymnos in the near distance to my left, the Turkish coast to my right. Behind me? A luxurious idyll in Marmari, Kos, that we would call home for the next seven days. The News Portsmouth…

A WATERLOOVILLE dessert shop is teaming up with a restaurant to offer a special dish to celebrate National Ice Cream Day. The News Portsmouth…

HOLIDAYMAKERS jetting off to Spain risk being fined for smoking under new laws. The News Portsmouth…

New research has revealed the top five UK cities that are rich with wildlife while providing top tips on how to keep British gardens’ ecosystems thriving this summer. The News Portsmouth…

POLICE are responding to an ‘incident’ at Gatwick Aiport this evening. The News Portsmouth…