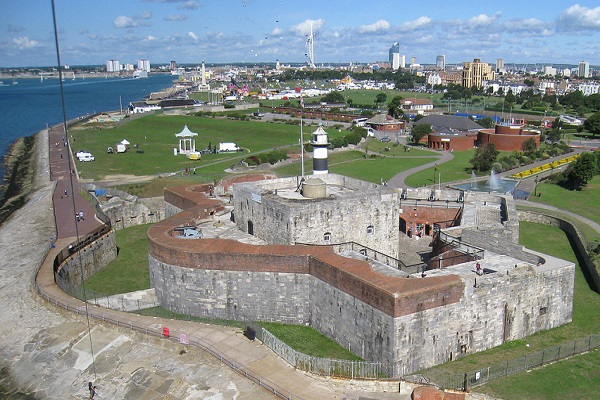 Southsea Castle is open as a historical attraction free of charge between March and October each year.

Built in 1544, the Castle was part of a series of fortifications constructed by Henry VIII around England's coasts to protect the country from invaders. Barely was the work completed when Henry VIII's flagship, the Mary Rose, tragically sank in front of the Castle. During the English Civil War, nearly a century later, the Castle was captured for the only time in its history, by Parliamentarian forces.

Over the centuries, Southsea Castle's defences were strengthened so that it could continue to protect Portsmouth. In the 19th Century a tunnel was built to defend the Castle moat. Visitors can still enter the tunnel and see how the Castle would have been defended against invaders.

Visitors can explore the keep, enjoy amazing views across the Solent from the castle ramparts, enjoy a bite to eat in the Courtyard Café (open all year) and purchase a gift from the Waterfront Gift shop or some beer to take home from the on-site micro brewery. The Castle's event programme includes family activities and trails, plus for adults the popular Friday night Champagne Bar from May to September.

~Attractions and Places to Visit in Portsmouth~